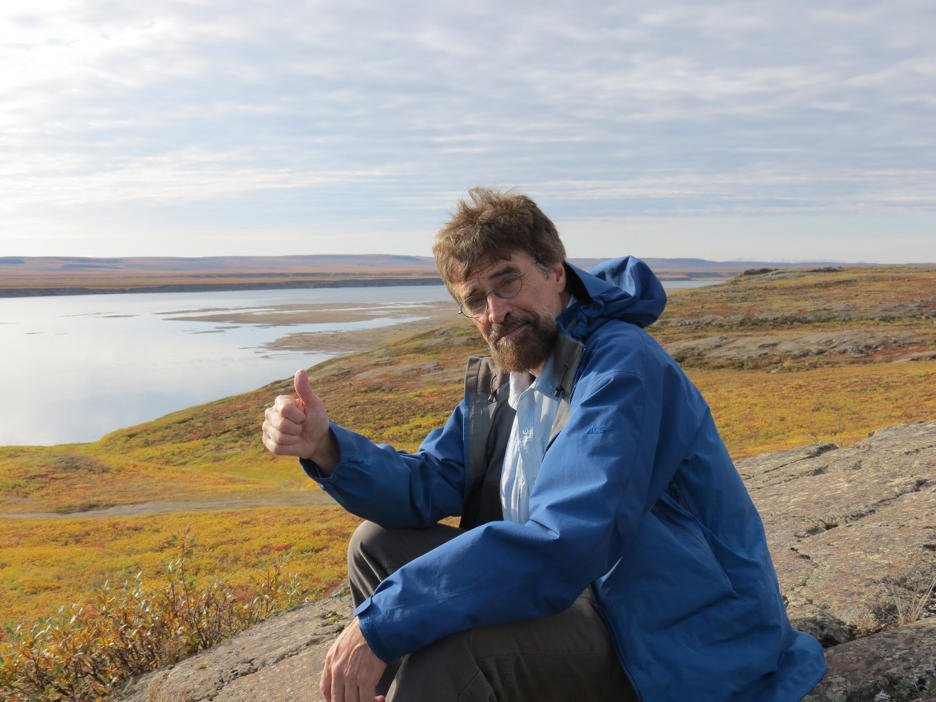 Polar Bears Explain the Fate of the Franklin Expedition

What happened to the Franklin Expedition? Researchers have been debating that since 1847, two years after Sir John Franklin disappeared into the Arctic with 128 men. From the note later found at Victory Point on King William Island, most people believe that in April 1848, 105 men left the two ice-locked ships. The note tells us that already, nine officers and fifteen seamen had died. That represents 37 per cent of officers and 14 per cent of crew members. Historians have scratched their heads: why such disproportionate numbers?

Researchers have spent vast amounts of time and energy inquiring into the deaths of the first three sailors to die, whose graves remain on Beechey Island. Did lead poisoning kill them? Botulism? Zinc deficiency leading to tuberculosis? But wait. Maybe those three early deaths were anomalies – exceptions that tell us nothing about subsequent events. Perhaps the other twenty-one dead — nine officers, twelve sailors — died because of some event, some accident or injury.

A few scientists have wondered if these twenty-one men ingested something that others did not. But nobody, to my knowledge, has publicly invoked the calamitous Danish-Norwegian expedition of the early 1600s, which lost sixty-two men out of sixty-five. In 1619-20, while seeking the Northwest Passage, the explorer Jens Munk led two ships filled with sailors into wintering at present-day Churchill, Manitoba.

In my book Dead Reckoning, drawing on Munk’s journal, I detail the unprecedented miseries that ensued. During my research, I had turned up an article by Delbert Young published decades ago in the Beaver magazine (“Killer on the ‘Unicorn,’” Winter, 1973). It blamed the catastrophe on poorly cooked or raw polar-bear meat.

Soon after reaching Churchill in September 1619, Munk reported that at every high tide, white beluga whales entered the estuary of the river. His men caught one and dragged it ashore. Next day, a “large white bear” turned up to feed on the whale. Munk shot and killed it. His men relished the bear meat. Munk had ordered the cook “just to boil it slightly, and then to keep it in vinegar for a night.” But he had the meat for his own table roasted, and wrote that “it was of good taste and did not disagree with us.”

As Delbert Young observes, Churchill sits at the heart of polar bear country. Probably, after that first occasion, the sailors consumed more polar-bear meat and Munk did not think to mention it. During his long career, he had seen men die of scurvy and knew how to treat that disease. He noted that it attacked some of his sailors, loosening their teeth and bruising their skin. But when men began to die in great numbers, he was baffled. This went far beyond anything he had seen. His chief cook died early in January, and from then on “violent sickness . . . prevailed more and more.”

After a wide-ranging analysis, Young points to trichinosis as the probable killer —a parasitical disease, not fully understood until the twentieth century, which is endemic in polar bears. Infected meat, undercooked, deposits embryo larvae in a person’s stomach. These tiny parasites embed themselves in the intestines. They reproduce, enter the bloodstream and, within weeks, encyst themselves in muscle tissue throughout the body. They cause the terrible symptoms Munk describes and, left untreated, can culminate in death four to six weeks after ingestion.

So, back to the Franklin expedition. Could trichinosis, induced by eating raw polar-bear meat, have killed those nine officers and dozen seamen? And galvanized the remaining men into abandoning the ships? And rendered many of them so sick that they could hardly think straight or walk. And made some of them so horribly sick that they had to be quarantined into a separate tent?

In recent years, while visiting Beechey Island with Adventure Canada, more than once my fellow voyagers and I have been driven off by polar bears. We retreat into the zodiacs at first sign of approach. In that same situation, spotting a polar bear, how would Franklin’s men have responded? They would have killed those bears and eaten them — perhaps bringing some of the meat onto the ships. That undercooked polar-bear meat, unevenly distributed among officers and crew, might well have led to the lopsided fatality statistics . . . and to all the rest. So, anyway, I suggest in Dead Reckoning.

When I put forward this theory to online-friends, some balked. By the time Franklin sailed, they observed, in the mid-19th century, Royal Navy officers knew that bear meat could wreak havoc in the human body, even if they did not fully understand exactly how. This is undoubtedly true. But then a supportive contributor drew attention to a contemporary video broadcast in which an expert hunter describes how he and his companions got horribly sick after eating poorly cooked bear meat. On an episode of Meat Eater, Steven Rinella admits to feeling mortified: “I have been preaching about the importance of cooking bear meat to my viewers and readers for a decade now,” he says, “and it’s really embarrassing.”

Rinelli knew very well that bear meat could be dangerous. But he went ahead and ate it anyway. Can anyone doubt that the men of the Franklin expedition, subsisting on short rations, desperate for a change of diet, would have made the same decision? Within the next few years, Parks Canada will almost certainly turn up some decisive evidence — written records or human remains or both — as divers investigate the Erebus and Terror. Until then, my money is on polar-bear-meat-induced trichinosis.

This essay turns up on a wonderful website devoted to Canadian mysteries. Check it out at The Franklin Mystery: Life and Death in the Arctic.